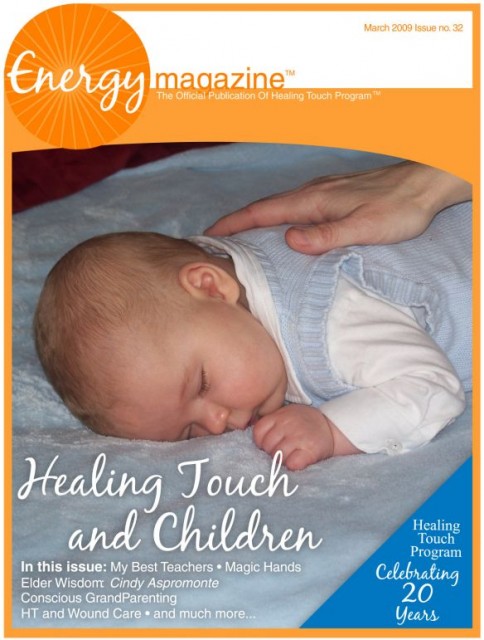 It is hard to believe that over twenty years ago, I was sitting in the back seat of a car when my three-year old nephew started screaming that he had been stung by a bee. 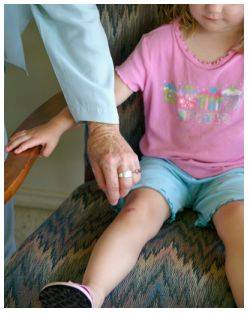 I took Ben’s hand and began doing Magnetic Passes: Hands in Motion – soothing him with a calm voice, telling him that this would take away the pain, the sting and the fear. Moments later, he stopped crying. In an excited voice, he exclaimed, “MOMMY! Aunt Rita has magic hands!

And so Magic Hands it was.

That was the name of my healing modality during the time that I worked as a pediatric nurse in New Orleans. It was all still so new to me back then – not able to perceive energy at all – but willing to just do the work in hopes that someday my assessment skills would kick in. That day came during a busy shift in the pediatric Emergency Room, packed with patients and parents. I was taking care of a little boy who had developed cellulitis in his shin that was so involved, he had inguinal tenderness. After the physician decided to admit him, I was cleaning up around him, and inadvertently passed my hand over his leg. I was a bit shy about doing Healing Touch in a public place, but forgot that for a moment when I discovered I could sense a pain ridge over his leg.

“Wow! Your leg must really hurt!” That ridge was so intense. I told this little six-year old that I had Magic Hands and that I could help him get rid of his pain. Up to this point, our conversation had been quiet, but his reaction was all but quiet! “Magic Hands? Magic Hands? YOU CRAZY????? You don’t have magic hands!

It didn’t take a rocket scientist to know that the eight patients and sixteen parents waiting to be seen were now all paying attention. Luckily, my back was to them, and I decided we would have a breakthrough or they would all go home thinking I was indeed crazy. So I started to do Magnetic Passes: Hands in Motion over his leg. I could feel the ridge dissipate from about two feet high – to about six inches. Kids are so easy to work on! But then I made the mistake of assuming that he was having the same experience I was, so I said, “Well, there, that should feel better.”

His response, once again, was loud and clear. “You do not have
Magic Hands.”

Great! Now I had to walk past all those people who were watching. There was a part of me that really wanted to explain and there was a part of me that knew I had to move on. When I reached the middle of the room, I decided I didn’t have time to explain myself, so I just said, “I thought it was worth a try.” No one had a reaction, it was as if they were watching TV. When I think about it now, it still makes me laugh. The best part about this story was that while getting my supplies together to start an IV and preparing antibiotics for this child about fifteen minutes had passed. As I approached him (same audience), he was sitting upright on the stretcher with his hands on his hips. I cringed, expecting another expletive. This time he exclaimed, “Where did you get them magic hands?”

The beauty of this story was twofold. I learned that sometimes it takes awhile for the recipient to experience results. I also discovered that doing Healing Touch during the onset of a condition could have dramatic results. This young boy was admitted for what was to have been a two-week course of antibiotics. However, I saw him leave with his mom a mere four days after our encounter in the ER. I found that to be thrilling!

Another touching experience was giving an HT session to a sensitive young boy, about 10 years old, brought in by an obviously overbearing dad who wanted his son to be “fixed.” The dad admitted that he was worried about his son’s insecurities. Luckily, “Luke” was okay to be alone in the healing room with me, so I was able to tune into what he needed. Since Luke was ten, I prepared him for how things would play out, which hand placements I would probably be using, and asked for his permission - since all this had been his dad’s idea.

What followed was another “fi rst time” event in which I noticed while working that when I thought back to his dad – just the thought made the boy’s fi eld contract. Hmmm. I thought about how sweet Luke was, and his fi eld expanded. Dad – down. Love – up. One of the braver things I have done is to share this experience with the father once his son was out of the healing room. I assured him that there was absolutely nothing wrong with Luke, except for maybe his fear of his father. The dad took it all in, and when he came back, he was so happy to know what needed to happen between the two of them in order to make his son feel safe and happy again. I saw the dad several days later and he reported that Luke was singing in the shower in the mornings.

My last story tells it all. It was Family Week at Omega, and a father brought his two little ones in for HT treatments. The kids were both recovering from bronchitis, and they were still weezing. The father felt that some energy work would hasten their healing process. Smart dad! So in walk Lilly (age three) and Jeremy (age six). I decided to work on Jeremy fi rst since he was older and perhaps not as afraid as she was. I pulled out my Inner Child Cards, my toys and puppets. Lilly sat with all my playful objects, but was very watchful while I worked on her brother. She asked me what I was doing. I told her that I had Magic Hands, and that whatever made them both sick was going to disappear. Then she asked, “Are you going to make my brother disappear, too?”

When it was Lilly’s turn to be on the table, she really surrendered. The more passes I did, the more relaxed she became, and she looked more and more like she was lovedrunk. I could feel this so sweet spirit FILLING up, it was intoxicating! I smiled at her and commented, “You really like this stuff, don’t you?”

Her answer: “Well, I never met anyonewho did real magic before!” Children are a true love story. They are so resilient, so adaptable, and so strong. I always find it amazing how willing they are to love and how perceptive they are when they feel safe and respected.

My recommendation is to teach them Healing Touch, because it is part of their intrinsic natures. My nephew learned early on – the value of receiving it and giving it.

About the author:
Rita Kluny, RN, HTCP/I, lives in Austin, TX and has been enthusiastically “spreading Healing Light throughout the World” since 1990. A nurse since 1970, Rita Kluny became a member of the American Holistic Nurses Association in 1985. In 1988, Rita met Janet Mentgen, founder of the Healing Touch Program. In 1994, Rita was named Holistic Nurse of the Year. Rita has been teaching Healing Touch since 1994. She has extensive experience in integrating Healing Touch in the area of critically ill infants and children. She consulted on a NIH-funded project that researched the effects of Healing Touch on infants in neonatal intensive care. Rita can be contacted by phone at 512-350-4513, or e-mail at healingbabies@yahoo.com

My Best Teachers Come in all Ages, Shapes and Stages